PROJECTS HELICAL PIERS HAVE BEEN USED

Conventional spread footers were impossible due to wet and soft soils. CHANCE Helical Piers were cast into a grade beam under all the foundation walls and columns. Helical Piers were also used under the massive outdoor lighting in the outfield. 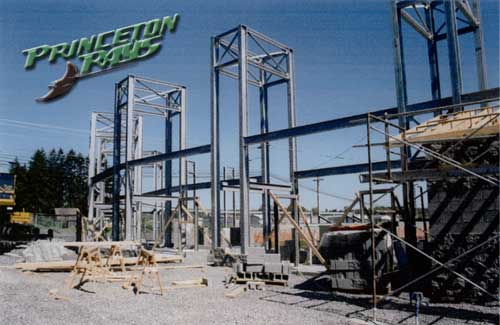 Underpinning the PRT in Morgantown

The new Sherriff building was built directly beside and under one of the columns for the PRT.  CHANCE Helical Underpinning piers stabilized the base of the column until the building could be constructed and the basement backfilled. 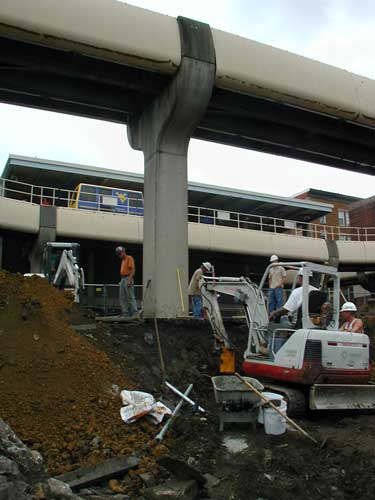 Shoring for the new Highland Hospital

Temporary shoring was required to excavate for the basement of the new hospital.  McCloy was able to develop a system using CHANCE Helical Tie-backs with fencing.  The system met the building codes at half the cost of sheet piling. 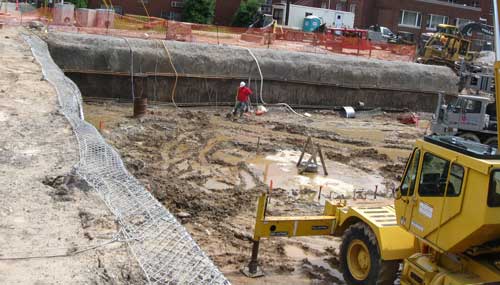 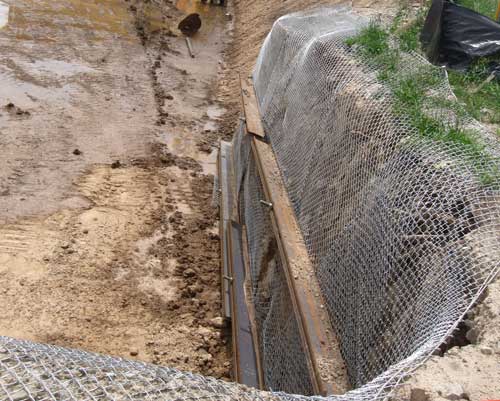 CHANCE Helical piers were used in the football stadium as a tension anchor and used in the basketball arena as a compression anchor. 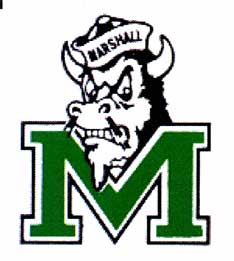 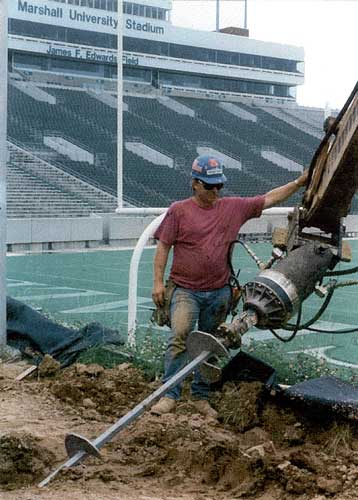 A vertical cut was required under the PRT in Morgantown to provide room to construct the first floor of the new Sherriff building. CHANCE soil nails were used for an earth retention system to stabilize the earth during the construction process. 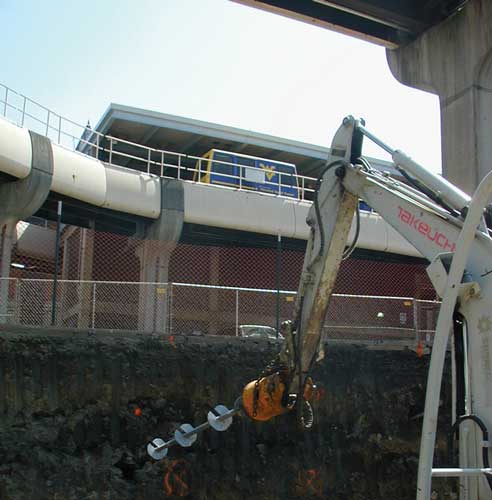 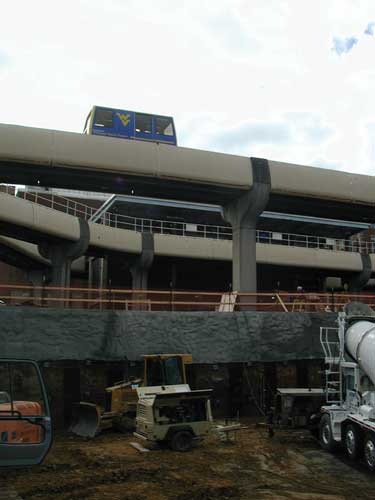 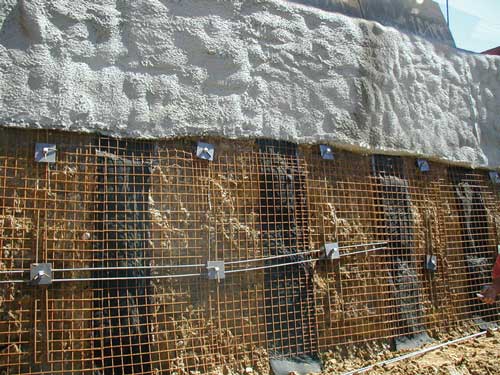 A slip developed and endangered the stability of this cell tower.  CHANCE Helical Piers was able to stabilize the foundation of the tower before any movement occurred. 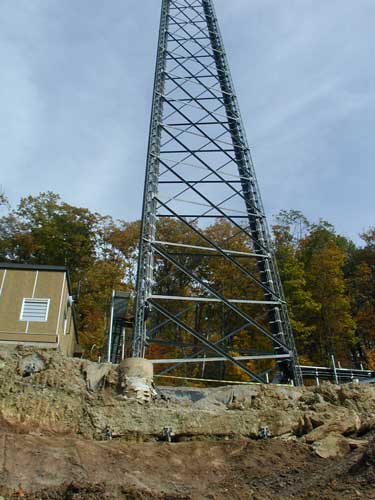 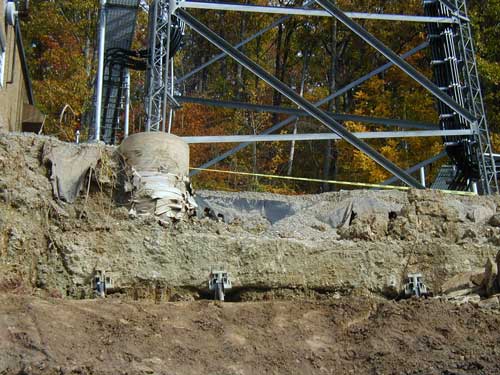 All water towers pose a problem due to one side being pushed into the ground and the other side being pulled out of the ground.  CHANCE Helical piers are the perfect application because the product works in compression and tension equally. 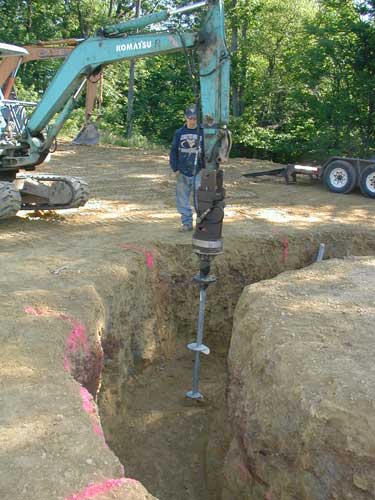 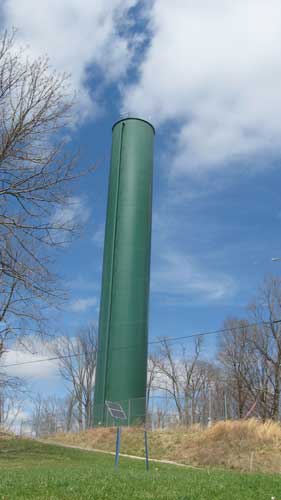 A slip developed that endangered the main water line serving southern West Virginia.  McCloy was called by an engineering firm to anchor the main line before the slip pulled the pipes apart. 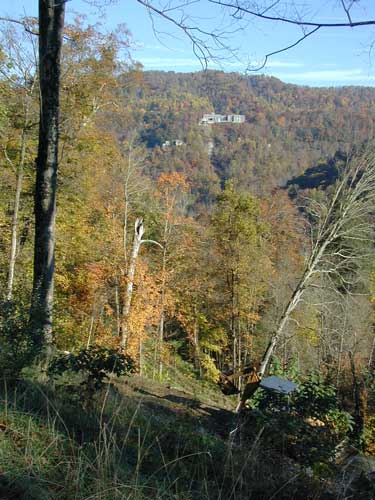 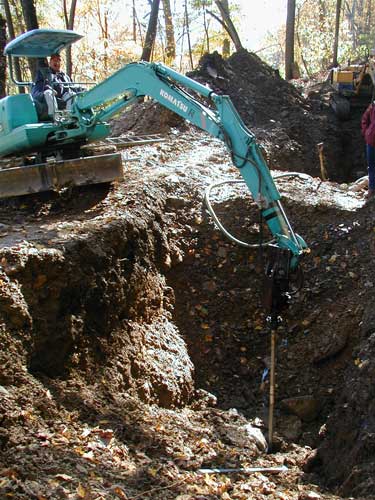 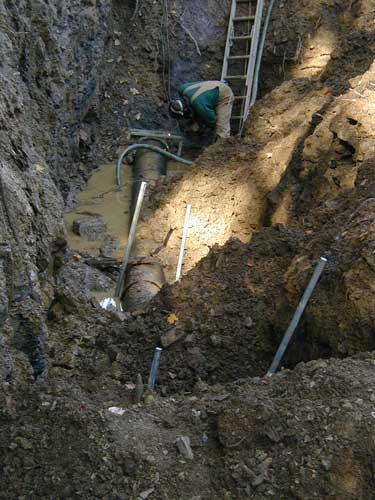 All Crane required a three story building with a 100 ton crane inside.  The site was a very poor soft soil down to bedrock, 60 feet.  Deep pile foundations were required.  McCloy Construction used CHANCE Helical piers.  Over 100 piers were installed at a capacity of 162 kips.  As the grade beams were being excavated, the Helical piers were being installed and at the end of each day all deep pile foundations had been installed everywhere the ground was excavated.  Speeding up overall construction time with no spoil removal. 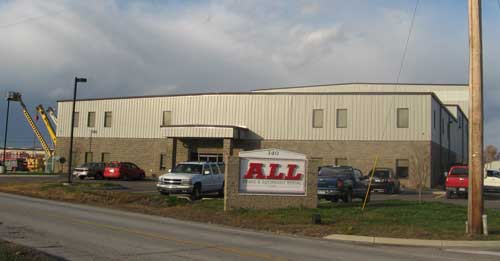 CHANCE Helical piers were used for all the zip lines, obstacle course and observation deck for the 2013 National Boy Scout Jamboree where over 50,000 scouts used the West Virginia site. 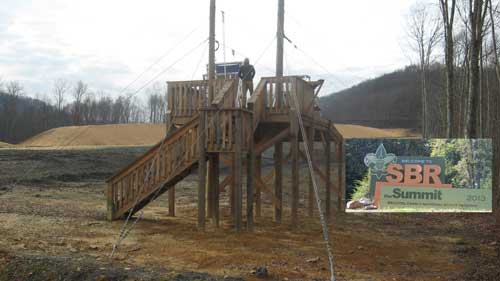